Home News Do the Oakland A’s market to the wrong people?

The Oakland A's finished their 2018 season with the fourth best record in baseball (97 wins), the third most home runs, fourth most total runs, third best relief pitcher WAA, and the best defensive efficiency in the sport. Their entire infield were finalists for Gold Gloves, their first and third basemen won those Gold Gloves, their third baseman also won a Platinum Glove (and if there was one made of moon rock, he'd win that, too), their DH hit more home runs than anybody, and their manager won his third Manager of the Year award.

An underwhelming opening game can be excused away when considering it was played on a Thursday afternoon, bay area weather has been poor and unpredictable, and many schools were not yet on spring break.

And the 22,585 sized crowd on the first Friday night game of the season could be explained away with horrible bay area commutes.

And the 16,051 sized crowd on the first Saturday game could be explained away with -- a complete lack of common sense and reasoning.

The fact of the matter is, the Oakland A's averaged only 21,148 fans per game for the four day opening weekend and their first Monday night game against the reigning champions came in under 13,000. These numbers are dismal at best and frightening at worst.

So where is the team going wrong? If improvements to the coliseum, innovative ticketing, and one of the most exciting teams in baseball can't put enough behinds in seats, what can? In a word: marketing.

The A's have done a fantastic job at giving the die-hard fans a sense of stability. After years of team leadership toying with their emotions, fans can finally feel settled that the team will be in Oakland next year and for the distant future and although plans for a new stadium are fraught with controversy and debate, at least the plans are public and apparent.

Team president Dave Kaval very well may be the most accessible team president in professional sports but his openness has become a curse as a channel once utilized for cataloging fan feedback has now become a repository for the most mundane and small complaints imaginable. Kaval's Twitter account is tagged in complaints ranging from mustard availability to seagulls and has become the subject of mockery among fans both online and off.

And therein lies the problem. The A's are expending far more resources in placating fans who will attend games regardless and losing focus on acquiring fans who have lapsed from the team or the sport all together. The team was once known for their clever advertising campaigns which were as entertaining as they were informative. In one 30 second spot, viewers could discover some of the personalities of the team as well as the dates for the next fireworks show. Those days are gone.

In fact, there's not a single player on this team with any detectable personality at all. With the exception of a few A's related podcasts and the new streaming service for A's content, none of these players get any exposure to casual fans. Is Khris Davis funny? Can Matt Chapman dance? Is Marcus Semien a master sommelier? Nobody knows because they are never given the opportunity to show their personalities to the public.

It is important to fans that they feel a connection to the team beyond the stats on the back of the baseball card. They want to feel like they know the players in some way. A half decade ago, when attendance was peaking, fans knew the personalities of Doolittle, Vogt, and Reddick but now they are just a group of nice boys who play baseball.

Further, the team seems hyper-focused on social media promotion. The official team accounts are very active and many of the members of the front office are in constant contact with fans, as mentioned Kaval in particular is almost accessible to a fault. While social media is important to the growth of any business, it cannot be the only means of distributing information.

When chatting with a group of casual baseball fans -- fans that could go to either team's games and only follow on the periphery -- it becomes apparent very quickly that many don't know of the team's latest accomplishments, their opening series in Japan, their new ticketing plan, or even when Opening Day was. These are the people a team should covet most and they are the people this team seems to focus on the least.

Take it a step further. A brand or company is lucky if their tweet gets a 10% impression rate meaning only 10% of their followers even see the tweet. Beyond that, a 1% engagement rate (likes, retweets, comments, or link clicks) is considered very high. So of those 550,000 Twitter followers, it is simply impossible to reach them all in an effective manner to deliver new ideas like A's Access or the new offerings at the Coliseum.

It's as if the A's were a stand-up comedian on stage in front of 2,000 people. In the front row they spot the one fan who has attended every gig on this tour. He knows every joke, every pause, every nuance. He can spot when you're off your game and notices every improvisation. He loves the show and is beaming from ear to ear, laughing at jokes he's heard 100 times before. But the comedian is playing right to him, afraid to lose that one fan and completely ignoring the 1,999 other people in the room who are just waiting to buy the t-shirt of the next great comic they see. Why? It's easier to keep one audience member than acquire 1,999.

The Oakland A's have narrowed their focus too much and have put all their eggs into a basket that can never hope to yield the return they desperately need. With all the success the team is enjoying with the new A's Access plan, imagine where the interest could have peaked had a commercial during the 5:00 news been aired. Imagine if all those people watching Judge Judy in the middle of the day discovered that the sport they though began in April actually began the last week of March this year. Imagine if fans found out that Matt Chapman was an avid ballroom dancer.

Much has been written about the attendance woes at the coliseum and every season an out-of-town reporter will fire off a series of snarky tweets about the leaky roof or the urinal troughs and fans are, rightfully, tired of hearing about it. But the team didn't have a problem selling out 2013 playoff games. The fanbase is there, they just need to be injected with some excitement.

There is a huge market of fans who are ready and willing to spend their money on a team that is exciting on the field and fun off the field and they are being left in the dark so that the president can field questions about sushi availability at 1:00 am.

The time has come to amp up the excitement in a major way. These players deserve a full house every day of opening weekend. Get their faces and personalities on the television and let people know what these young players are accomplishing right in the heart of the east bay. If the team continues to focus all their attention on generating goodwill among the most ardent fans, expect plenty of close parking on Opening Day 2020.

Also, give Khris Davis an extension.

Rob Manfred is a joke (and other obvious observations) 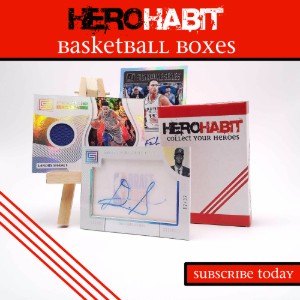