Titan Yellow Submarine figurines have been popular among collectors for quite some time. To commemorate the 50th anniversary of the groundbreaking film, a new wave of collectibles has been announced.

Yellow Submarine is a classic animated film produced by Al Brodax and, although not featuring the voices of The Beatles, includes several beloved Beatles songs.

The film was released in America on November 13, 1968 and the soundtrack, half comprised of George Martin’s film score and featuring only four new Beatles songs, was released in January 1969.

Since the film’s release, there has been no shortage of related merchandise covering everything from trading cards to figurines to Lego sets to pinball machines.

Titan is not new to Beatles memorabilia and this latest wave of collectibles adds to an already large collection. Release dates vary but figures are available for pre-order if they haven’t already been released.

Below is a rundown of the latest releases. Click any of the links to purchase or pre-order the figures today. You can also browse older collectibles HERE. 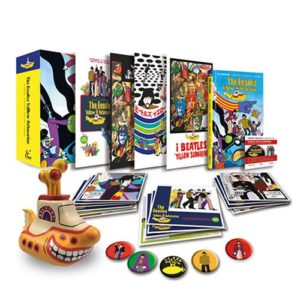 Glow in the Dark 4-Pack

Glow in the dark versions of the latest wave of figurines are being sold in a four-pack configuration. (March, 2019) 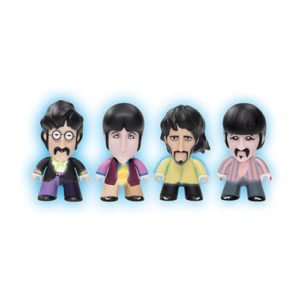 A 4 1/2 inch vinyl figure of the dreaded Blue Meanie. 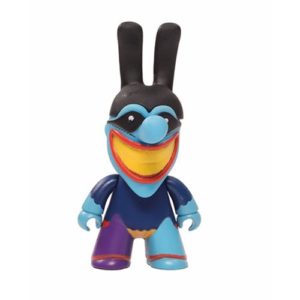 This graphic novel is written by famed artist/writer Bill Morrison 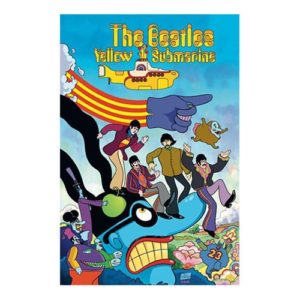 Father Christmas and more on Kinks and Beats Daily

Scrapheap City and more on Kinks and Beats Daily