It is no secret that football, or soccer as it is known in the states, is not the most popular or profitable sport in the trading card hobby but all of the promise that week one of Topps' UCL Living Set promised has seemingly slipped away over its first few months of existence.

Studying the numbers over the first 22 weeks of release, a steady and rarely contradictory decline and sales is witnessed right from week two and the most recent releases are barely selling at all.

The difference in sales between week one and week 22 shows a 90.5% drop overall with week one sales of 6,169 cards versus the recent week of 583 cards. 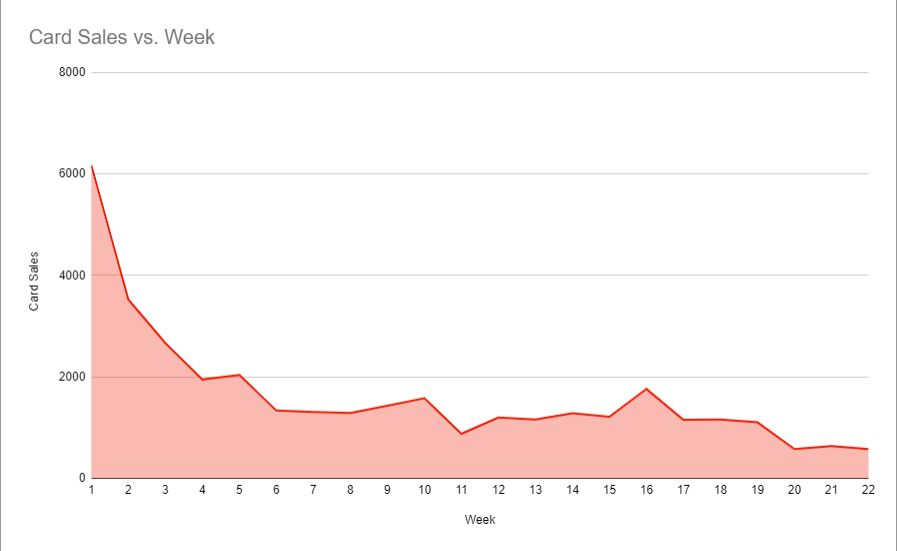 Of course, some of this can be explained away based on the players of any given week and their respective popularity but, for comparison, the Baseball Living Set only saw a 17.7% drop between week one and week 22.

The biggest increase during the run was a 45.15% jump between week 15 and 16. Again, compare that to the MLB Living Set which had five jumps of 50% or more in the first 22 weeks including a 314.28% jump between week six and seven.

While the UCL Living Set's lower sales numbers can be directly attributed to the differences in sports popularity and player name recognition, it does not account for the much less predictable. Even the Star Wars Living Set, which had a more comparable debut week to the UCL Set, has had a more gradual decline in sales as the weeks go on.

Star Wars is only 18 weeks into its run with sales 65% lower than its debut. UCL was down 81% by the same point in its run.

All of this begs the question, how long can this set last? Even during the lowest sales week (week 20), Topps generated $4,650 in revenue. Not knowing how much they pay in licensing to the artist of these cards -- but assuming it's not enough -- or production costs, that's probably still a reasonable profit point for the company.

Or, let's say they are at a break-even point or, worse yet, a loss. Do they continue serving this niche collectors market because the Living Set brand as a whole, with baseball and Star Wars making hundreds of thousands of dollars every week, is turning a fantastic profit?

It is safe to assume that the UCL series will survive for a while longer but one has to assume that Topps has a sales figure that will trigger the end of this perpetually updating set and that line has to be quickly approaching.

The set has taken a 33% or higher decrease five times, including twice in the last six weeks. If it takes a couple of significant drops in that range without a huge rebound week, the set that opened with 6,169 card sales will be averaging fewer than 100 per card. Hard to think that Topps will hold on to that line no matter how well Baseball Living Set is selling. 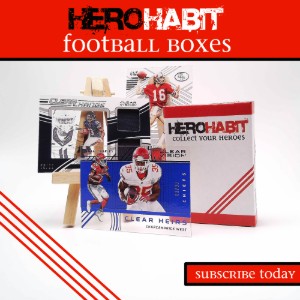